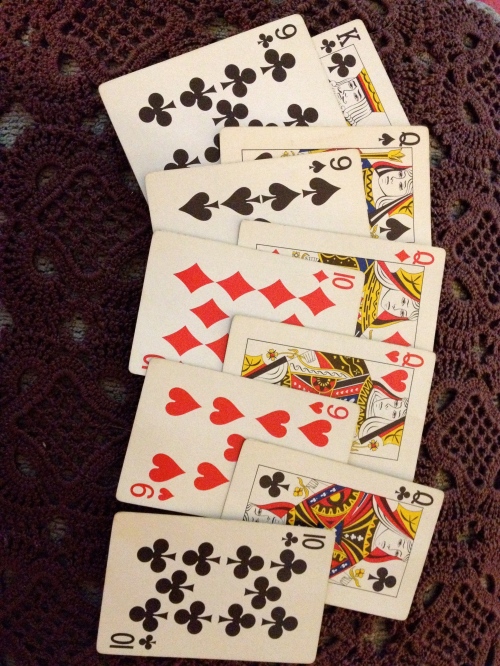 The Jacks lead the way

The deal is in the differences

No  deal in the rules of this play

Play had its opportunity

for giggles and some jest

A Queen was to take a test

She looks to what feels wrong here

in this deal that makes no deals

Pleasure lost to the nines and ten

to be tossed with out any zeal

Five cards have their temperament

In suits of red and black

With the club that made the heart ache

Not hard enough to crack

The spade it dug beneath it all

To find what was buried deep

The diamond wanted it alright

To sparkle again and not weep

Never just a game of cards

With King and Queens and Jacks

Lost to the play of the psyche

Of the right way to play like this or that

Five cards with rules to how they’re played

Five cards caught in a deal

Five cards that want to heal

A collective of poems and photos.

The Myth of Prometheus

Contemporary Writings by Nathan AM Smith

Put Out to Pasture

THE CREATIVE PALACE FOR ARTISTS AND AUTHOR RESOURCES

Collaborative conversations with Life's wise whispers in service to personal and communal evolution. To book personal appointments and group experiences, contact me at circleways.james@gmail.com or at (416) 966 - 2685.

“Everyone who is seriously involved in the pursuit of science becomes convinced that some spirit is manifest in the laws of the universe, one that is vastly superior to that of man.” - Albert Einstein